Today we have a guest post with Jordan Elizabeth, an author for whom I’ve beta read one of her manuscripts. She’ll be talking about her history as a writer below. 🙂

How far into the hollow would you go? 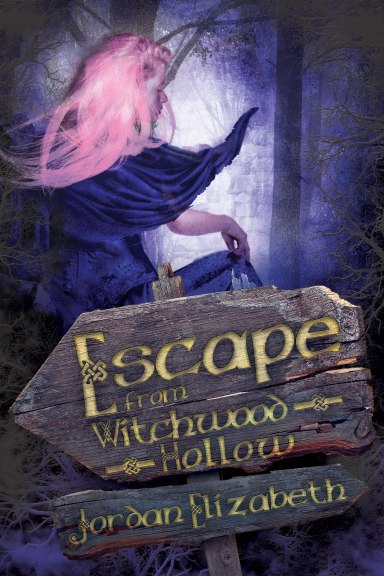 “After losing her parents in a terrorist attack on the Twin Towers, fifteen-year-old Honoria escapes New York City to Arnn—a farming town with more legends than residents, and a history of witchcraft and secrets best left buried.

Everyone in Arnn knows the story of Witchwood Hollow: if you venture into the whispering forest, the witch will trap your soul among the shadowed trees. In the lure of that perpetual darkness, Honoria finds hope when she should be afraid, and a past of missing children and broken promises.  To save the citizens of Arnn from becoming the witch’s next victims, she must find the truth behind the woman’s madness. How deep into Witchwood Hollow does Honoria dare venture?

Jordan Elizabeth, formally Jordan Elizabeth Mierek, can’t get enough of the woods, be it splashing through a stream, sitting beneath an ancient oak, or following a path up a hill.  Some of those adventures have led to abandoned foundations.  Exploring the rocks and crumbling bricks sparked Jordan to imagine who might have lived there before, and that train of thought carried her to a wicked legend and an enchanted hollow.  You can contact Jordan via her website, JordanElizabethMierek.com.

My History as a Writer

As told by Jordan Elizabeth

I like to think my history as a writer began as a storyteller.  I would hold a picture book – or draw my own pictures – and then I would make up stories.  My grandmother recorded them on a tape player.  I still have them, although they sound like baby babble.

As I grew older, my grandmother wrote them down for me as my handwriting was, and still is, atrocious.  I’m also a slow hand writer.  In late elementary school, I discovered the joys of computer typing.  My fingers could match the speed of my thoughts.  I can now type 77 words per minutes and that’s with two fingers.

As time continued, I had my family read my stories and like all good families, they said it was great.  Morbid, but great.  I had no idea about solid editing or query letters.  With great excitement, I sent off my manuscript to a leading publisher.  A year later, the rejection letter came.  I didn’t allow myself to be devastated – time to move on and stick to my dream.

I finally did my research – huzzah – and learned editing skills.  My favorite writing website is Critiquecircle.com.  I’ve learned valuable advice and made lasting friendships thanks to that site.  I began to seriously query agents and I kept writing.  There are 23 completed manuscripts now and one in the works.

I won first place in the Milton and Harriet Shaw Short Story contest through the Utica Writers Club.  The prize consisted of $100 – my first pay as a writer – and year’s free membership.  Since joining the club, I’ve gotten to meet some of my favorite authors: Tamora Pierce, Bruce Coville, and Maria V. Snyder.  I’m the new president of the club.

After six years of querying agents, I finally landed one on my birthday!  That “dream come true” feeling exists; it isn’t just in movies.  I’ve switched agents since then and am pleased to be represented by the Belcastro Agency.

I’ve been published in numerous anthologies and have four other books coming out from Curiosity Quills Press.  TREASURE DARKLY will be published February 16, 2015.

Jordan Elizabeth is offering up a free eArc of ESCAPE FROM WITCHWOOD HOLLOW.  To enter for your chance to win a copy of ESCAPE FROM WITCHWOOD HOLLOW, you will need to share the cover.  This can be on your blog, Facebook, Twitter… Each time you share the cover image, log it into Rafflecoper to record it.  It will give you more chances to win.  There are other ways to enter.  You’ll have to take a look to see what those are!  The drawing for the winner will be held on November 16.