Whispers in the Code – Release Day!

Woot! After a few years of having plotted, written, and revised the Glitch saga, the first book in the series is now here! It’s currently ebook-only, though I hope to have a print edition ready later this year. Please share this post if you know someone who might enjoy reading Whispers in the Code. 🙂

Whispers in the Code 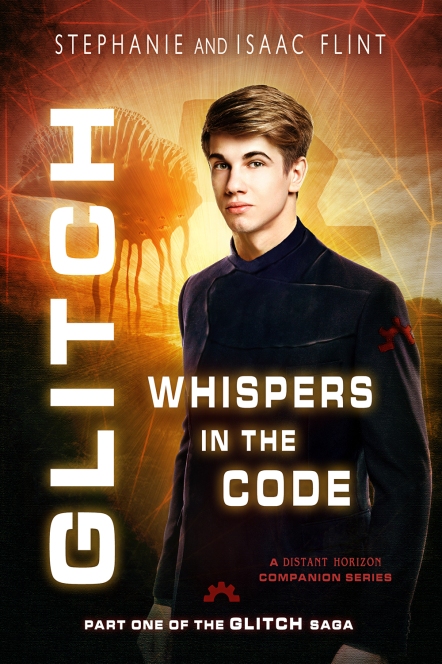 A haunted airship made from living people…

Nineteen-year-old hacker Tim Zaytsev is a traitor, but he never expected his betrayal would earn him the highest honor among the international community—a place among the Camaraderie’s elite council.

Ushered into a glamorous lifestyle of fancy airships and a chance to use his programming skills to better the world, Tim is assigned the task of finishing their secret Legion Spore project—a living airship made from shapeshifters.

Inside the Legion Spore, dozens of humans have been forcibly hooked to the vessel’s computer, but fragments of their memories reside in the airship’s internal code as glitches. Their faces appear in the walls, and their whispers invade the code of the Camaraderie’s base. Tim’s ability to telepathically connect with computers means that he’s the only one who can make the ship fully functional.

But programming a computer is one thing. Dealing with a haunted, living airship will not only test Tim’s wit, but his sanity. If he can’t learn to trust himself and his abilities, his mind will be trapped in the Legion Spore as just another whisper in the code.

Get your copy of Whispers in the Code today!

Alternatively, sign up for the Distant Horizon Universe newsletter to read Whispers in the Code for free!